Business needs to listen to those not on its magic carpet

I’m sure many of you will have seen this very powerful article about Cambridge, published in The Guardian on Thursday. If you haven’t read it, I really do urge you to do so. This extract gives you the flavour of the piece:

Since the Brexit vote, journalists have spent a lot of time touring the UK’s failures: those towns and cities that have struggled to get off the floor since their coalmines were closed or factories shut. But to visit Cambridge is to see something else entirely: how limited and partial post-industrial Britain’s successes are. There’s plenty of money washing about here, from the ancient colleges to the new WeWork complex just outside the train station and the Amazons and Apples setting up in the science parks springing up all around the city’s perimeter.

This is the stuff that gets government ministers donning their hi-vis jackets, speechifying about dynamic startups and dreaming up an arc that loops west and joins it on to Milton Keynes and Oxford. Johnson inherited that scheme from David Cameron, and his department for levelling up has got further with it than any white paper for the “red wall”. But if Cambridge is the future of the UK, as Westminster would have it, then it is one in which inequality is even more deeply marked into society. The Centre for Cities points out that the least well-off 20% of local people receive only 2% of the city’s income.

None of this should be news to anyone. During the early months of the Covid pandemic there was much rhetoric about how changed circumstances had revealed “hidden poverty” in our city. My response to that was always: it isn’t hidden, you just haven’t been looking. The hundreds of local people who generously donate to our Community Food Hub in Queen Edith’s can certainly see it.

Yet even in the last couple of weeks, I have participated in discussions where representatives of the local business sector have said that they didn’t know that economic and social deprivation and exclusion exists in our city.

I find this incredible (in the original meaning of that word), although I guess it might come as something of an abrupt and unwelcome realisation for those who have bought in to a narrative which says that the huge amount of money pouring into the city brings benefits to all.

And be under no illusions, the sums of money coming in to tech businesses located here are huge. Again this week, The Times published an article citing Cambridge as the ‘unicorn capital’ of Europe (a ‘unicorn’ being a company with a valuation of $1 billion or more). There are now 23 of these in Cambridge.

The problem is that neither the wealth nor the opportunity inherent in this investment is trickling down as the rhetoric would have us believe it should. These companies are largely invisible and irrelevant to the lives of many city residents.

In preparation for a discussion on the ‘levelling up’ agenda hosted by the University’s Bennett Institute earlier this year, I asked the first 25 visitors to our Food Hub here what they knew about Astra Zeneca, Abcam and ARM, three of Cambridge’s biggest companies. Bear in mind that the location of the Food Hub, on Wulfstan Way, is about 1km from the headquarters of all of those businesses.

It seems to me that the gap between the advantaged and the disadvantaged in our city is not only widening, but at an accelerating rate. There are all manner of indicators of this, and it is bad news – for all of us. To explore the evidence on what happens in societies where inequality reigns, take a look at The Spirit Level by Kate Pickett and Richard Wilkinson.

We’ve seen what can happen

So much of the discussion around business development in Cambridge alludes to the San Francisco tech cluster as a model we should seek to emulate, implicit in the ‘Silicon Fen’ nomenclature. But we’ve had 20 years’ notice of what happens when runaway growth leads to extreme imbalance. Rebecca Solnit’s Hollow City, published in 2002, characterised San Francisco’s transformation — skyrocketing residential and commercial rents; the homogenization of the city’s architecture, industries and population; the decay of its public life; and the erasure of its sites from civic memory.

Why would this be something to aspire to? Yet it’s happening under our noses.

It makes me think about the Sovereign Wealth Fund set up by the Norwegian government to be “a long-term savings plan so that both current and future generations get to benefit from oil wealth”. Of course, as I’ve noted in many previous documents, local government powers in Cambridge are very constrained, and it is well beyond its scope to set up any kind of local wealth tax. But in the absence of this, surely there is a moral imperative for the business sector to recognise and address the distorting effect it is having in driving inequality in the city. And this needs to be done systematically and at scale, rather than a defensive attitude of “doing our bit where we can”, as I recently heard it described by a Cambridge Ahead representative.

Remember, businesses don’t just randomly locate in Cambridge. They choose to come here specifically because it offers them advantages, in recruitment, in branding, in access to finance.

Why are we so reluctant to then ask them to share those benefits with their host city?

Why are we so cheaply bought off?

Apprenticeships, volunteer days and commitment to paying the Living Wage are the absolute bare minimum we should be expecting of these companies, yet these get trumpeted as if they constitute exceptional contributions.

It’s a similar story with Cambridge’s transport woes. Will the GCP have the courage to follow the logic of the argument by Smarter Cambridge Transport, and set up a Workplace Parking Levy, well in advance of introducing any population-wide congestion/pollution charge? The group has said: “We argue that businesses should be first in line to underwrite the investment in better bus services. London, Nottingham and many European cities levy taxes on businesses to fund local transport, so why not here? After all, businesses’ activities – of employing, selling and delivering to people – are the cause of most of the congestion in Cambridge. So, they should pay taxes to provide parking spaces for staff and to drive polluting vehicles in the city.”

Listen – and make a commitment to our future

There are some big tests coming of whether it’s possible for Cambridge to survive in any recognisable form from the pressures now being placed on it. Certainly the 55 families who came to the Queen Edith’s Community Food Hub yesterday morning would be able to dispel any doubts that business leaders might have about exactly how tough life is, and offer some very practical feedback on what needs to change.

Individual philanthropy helps but in addition we need business to listen humbly to the knowledge and lived experience of those who aren’t those who aren’t riding the magic carpet of growth, and make a deep and enduring financial commitment to the future of the city and its people. 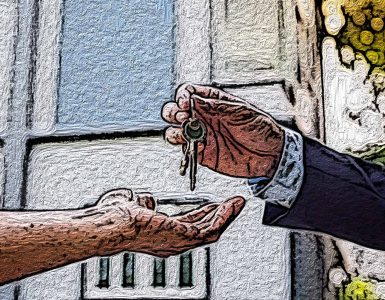 Short term letting: why it is so hard to control

Queen Edith's proximity to the Biomedical Campus and its pleasant residential character mean that it is prime territory for the short-term letting market, and the problems that can come with it. I cannot promise to work...