The first was a talk in St Neots with Jon Alexander, the author of the recently published ‘Citizens: Why the key to fixing everything is all of us‘.

The talk was organised by the Neotists, a group of 300+ creative professionals (designers, illustrators etc) who work with other local organisations and the public to share ideas, collaborate on projects and run workshops and events for the community. This kind of grassroots initiative is exactly what Jon celebrates and advocates in his book, as part of the move from a ‘Consumer Story’ to a ‘Citizen Story’.

The Consumer Story tells us that humans are inherently self-interested and competitive, and shapes all culture and society in this light. The Citizen Story recognises us as capable, caring and collaborative, and encourages us to get involved in reshaping our economic and political systems and to tackle the dual problems of inequality and climate change.

Summarised like that, it does all sound like a rather fluffy Utopianism, but Jon highlighted lots of practical real-world examples of where this approach has been harnessed to great effect, including the well-documented case of the Taiwanese ‘whole society’ response to the Covid pandemic. This absolutely chimes with my worldview, which remains so heavily influenced by the amazing demonstration of public willingness and aptitude that we saw locally during the pandemic.

It all comes down to trust. Jon’s closing quote was “What would you do in this time, if you truly believed in yourself and those around you?”

It’s a great way of thinking about the interdependence which is key to our quality of life.

The contrasting event that I want to highlight was the first full Council meeting of the new municipal year: you can see the agenda here and watch the recording of it here (all five hours’ worth!).

This meeting always starts with some ceremonial elements, not least the election of this year’s Mayor; congratulations to Cllr Mark Ashton, who succeeds his Cherry Hinton colleague Cllr Russ McPherson in this role. One of the Mayor’s privileges is to appoint his Chaplain for the year. This year’s appointee is Steve Campbell from C3 Church, whose address to councillors invoked very similar themes to those raised by Jon, namely the public’s need for, and expectation of, trust and transparency by elected members.

Unfortunately, while there were some moments of collaboration, other elements of the meeting did not live up to those high ideals.

Watching the accusatory comments being exchanged across the chamber, it really did strike me that party tribalism is doubly damaging. First it engenders a hostile atmosphere; and then that very hostility encourages councillors to dig in even deeper with their own ‘tribe’, perpetuating the dynamic.

One councillor was particularly acerbic in his comments about the Lib Dem opposition; I wonder whether that reflects his view not only of the nine Lib Dem councillors themselves, but also of that significant proportion of the city’s residents who voted for them? As Phil Rodgers highlighted after this year’s election, the First Past The Post system delivers representation in the Council chamber which bears little resemblance to the actual distribution of votes: 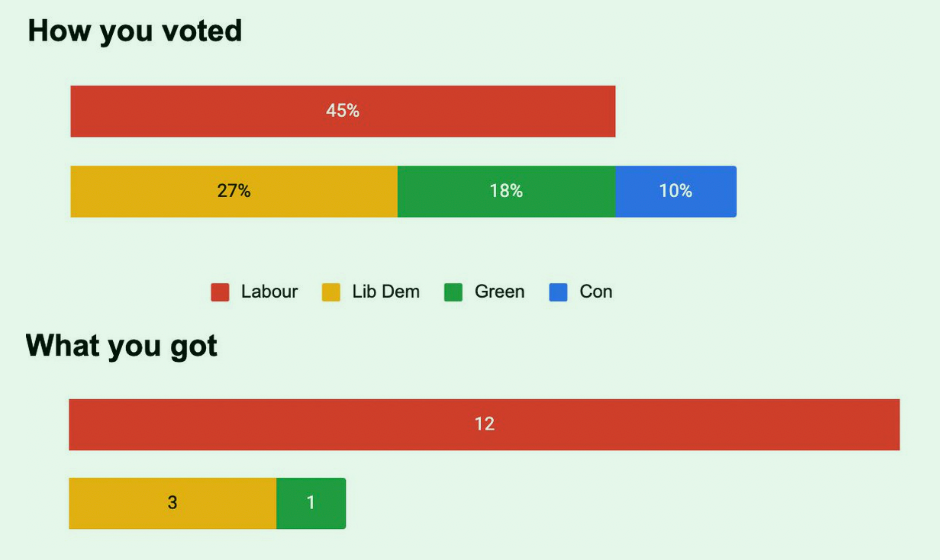 I’ve said before that I find these meetings of full Council the least productive and least enjoyable part of being a councillor, and with an embedded party super-majority in Cambridge, I can’t see any likelihood of that changing. To come back to Jon’s thesis, the aggressive, tribal exchanges are the opposite of what we need given the multiple crises we face: “Citizen organisations are open and transparent; they show their working; and they invite participation at every available opportunity. As a result, people’s massive loss of trust in organisations is flipped.”

This year will see more work on the City Council’s ‘Our Cambridge’ transformation project, which is predicated on the idea of partnership and, yes, trust.

I honestly wonder how we can make progress with enacting this on the ground if what goes on between elected members is so unproductive – and at times unpleasant. 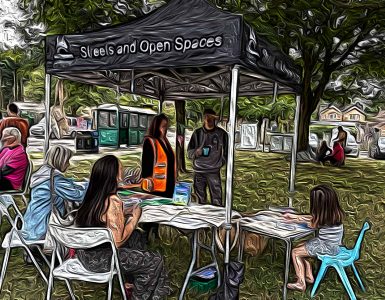 Could levelling up mean community power?

The government's long-promised 'Levelling Up' White Paper promises change, not just in distributing economic activity more widely, but also in giving communities more influence in what is happening in their area. Given...