I feel very committed to the effective functioning of the City Council’s South Area Committee. Perhaps that’s why I am so frustrated with how it’s working at the moment. Let me explain…

My first bit of campaigning was back in about 2011 when I organised a petition asking the County Council to improve the shared use paths on the stretch of Long Road over the railway and guided busway bridges. I did that long before I had any mental models about ‘community engagement’ or any real understanding of how local government was structured in Cambridge.

I just knew that I experienced a problem on a daily basis and so did many others and I wanted to get it sorted.

The petition was successful, and about £150,000 was made available to widen and resurface the path. At the time that seemed like a huge sum of money and – more importantly – a response which gave me the sense that residents could use the tools of local government to make the positive changes they want to see in their neighbourhoods.

From that point on I became a regular attendee at the City Council’s ‘South Area Committee’, because it offered a logical step in helping my understanding of how this process of change could work.

The opportunity to give your views

The public Area Committees are the most accessible tier of democracy in the city. Held four times a year, they are intended to “provide the opportunity for you to give your views and ideas for improving community life in your neighbourhood”.

There are four Area Committees covering the 14 wards of the city. The South Area is for Cherry Hinton, Queen Edith’s and Trumpington. The Committees operate under powers delegated by the full City Council, and are attended by the three City Councillors for each ward, plus the relevant County Councillors, with a public audience.

Pre-Covid, they met in person, with venues rotating between the relevant wards. Some meetings were better attended than others, very much influenced by what was on the agenda: back when I first started going, Area Committees dealt with local planning applications and some of those drew large and vocal audiences. Meetings could run on late and a firm hand was required by the Chair, but it was clear that people found it provided an immediate and relevant mechanism though which they could voice their concerns.

Attending with your neighbours

Obviously there were also downsides to an in-person format, which makes it harder for those with mobility problems or who are hesitant about coming out in the dark. In-person formats can also be challenging for people who are less confident public speakers. But I can also remember Scout groups, skateboarders and other young residents coming along to make their case on issues which mattered to them and it was great to see them begin to get involved in their area. There’s also a confidence which comes from attending with your neighbours or interest group and operating as part of a collective.

One really important advantage of the Area Committees are their unique position as a truly local forum – everyone involved is familiar with the places and issues under discussion even if they don’t necessarily all reach the same conclusions about the right way forward. Once planning was removed from the remit of Area Committees in 2015 (and I’m not denying there were valid reasons for doing so), the central, city-wide committee which replaced them lost the immediate local knowledge and the ability to represent views through your elected representative.

When I spoke at the centralised Planning Committee about the GB1 Outline Planning Application earlier this year, it was very apparent that the lack of local knowledge of its members compromised some of the decisions being made.

This is clearly not working

Why am I re-hashing all of this ancient history? Because the most recent South Area Committee on Monday left me keener than ever to devise a form of participation which is meaningful and works for residents. What we’ve got is clearly not working.

Post Covid, Area Committees have been turned into an online-only format. The theory was that this was safer (which is clearly true) and would enable greater participation. The second hope has not been borne out in reality. For previous meetings this year, I’ve attributed this to the fact that the agendas really haven’t had enough substance to encourage people to tune in. That was definitely not the case this week, as the meeting included presentations and Q&As on two of the most significant proposed changes to the city that it’s possible to imagine – the Greater Cambridge Local Plan and the GCP’s plans for a congestion charge.

Yet despite that only 29 viewers across all three wards (total population around 25,000) tuned in. And only two members of the public asked questions.

So, did people not know the meeting was happening? Possibly; advertising for these events is erratic. As far as I could tell the City Council’s social media accounts did not promote it in advance, nor did any of the other councillors taking part. Details are not pushed out to local newsletters, although some like Queen Edith’s News do bother to find out. A ‘lack of publicity’ explanation would be disappointing, but at least it could be addressed through a more concerted effort to publicise it in future.

An alternative would be more concerning – that people are either so disengaged from what’s happening or feel so little power to change it, that they simply don’t see any point in watching. To be honest, I wonder if some of that is rubbing off on councillors too – five out of the twelve members sent apologies for Monday’s meeting. Technology issues meant others joined late. And although on the call, some didn’t make any contribution to the proceedings, despite the importance of the topics under discussion.

However, Mark Ashton (Labour, Cherry Hinton) demonstrated the contribution and passion which a councillor can add to these events. Have a listen to what he said when responding to the presentation from the Planning Service on the Local Plan proposals. It touches on the points I’m making here.

As ever, I’d love to hear what you think. How can we make Area Committees more attractive to the public? 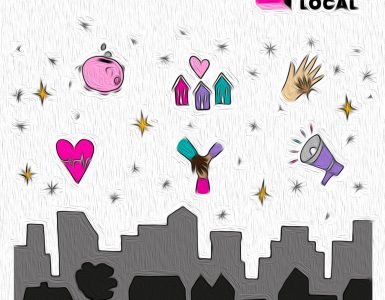 A brief glimpse of community Utopia (Your Councillor, week 7)

A brief glimpse of community Utopia this week – and then back to earth with a bang, as we talk about local street works and the proposed busway and car park to the south of the city. 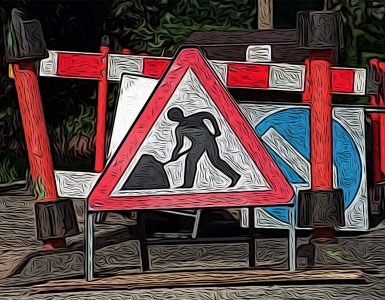 Roadworks like this are simply not OK (Your Councillor, week 6)

A few things to talk about this week, mainly updates on issues we've discussed previously, including developments in two of the big new transport projects under consideration, news of roadworks that are simply not OK... 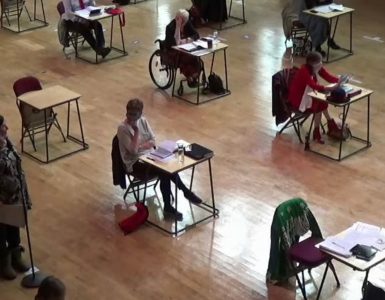 Babraham Road and the Corn Exchange (Your Councillor, week 3)

It was all meetings this week, but there's a lot you'll want to know about, including the Granham's Road roadworks, pedestrian crossings, East West Rail and local area meetings.