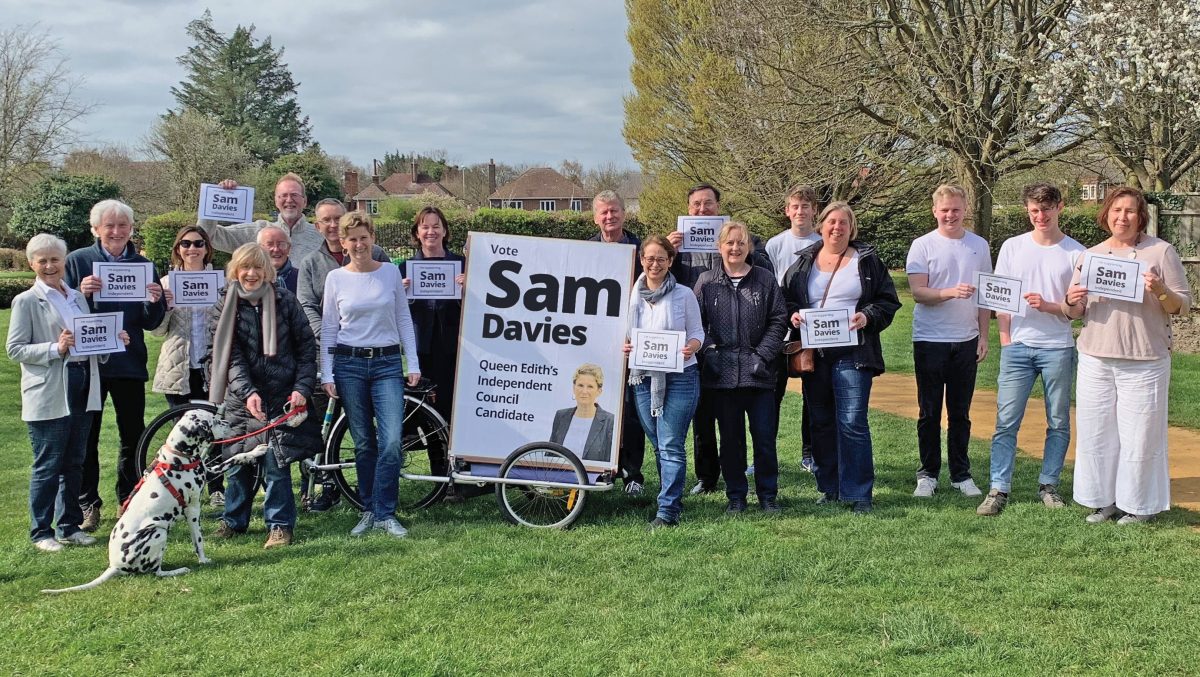 As I’m sure most of you will be aware by now, I’ve decided to stand as an Independent candidate for Queen Edith’s in this year’s City Council elections. This is an opportunity for me to bring together all of the issues which I’ve been writing and campaigning about for the last few years, and secure a better future for our neighbourhood.

Lots of what you’ll hear from me in the next few weeks will focus on familiar themes – how local voices should be better represented in decision making, how we avoid becoming collateral damage from Cambridge’s breakneck growth agenda, and how we can come together to build a more resilient community. But in addition, I thought that as a regular reader you might like an insight into the election process from a candidate’s point of view. I’ll be adding one of these updates every Sunday until election day.

It’s six weeks to polling day in what is – by far – Cambridge’s most complex set of local elections ever. On 6 May (earlier for postal voters), we’ll be confronted with over 30 candidates across 4 different ballots – City Council (3 votes); County Council; Police and Crime Commissioner; and Mayor of the Combined Authority (1 vote each). I can already see that it’s going to be hard for most people to give their choices anything like the consideration they’d wish.

Obviously the main political parties will be hoping that most people will just look for 6 people from the same party, to make things easier. As an Independent, my challenge is to interrupt that knee-jerk response, and help voters see the value in making a different choice.

Unlike 2019, when I made a more-or-less spontaneous decision to stand, this time round the planning has started much earlier. I’m now more familiar with all the electoral regulations which seemed so inscrutable last time round. My first leaflet went out earlier this month; you can read it here if you haven’t already. The leaflet was basically designed to get one simple message out: “I’m a serious candidate for the City Council, and an independent candidate is something Queen Edith’s needs.”

Getting the word out is going to be more of a problem this year, because so many people are still very responsibly observing government advice and curtailing their social activity. The rules were changed specifically to allow political candidates to do door-to-door canvassing, but that doesn’t sit at all comfortably with me. I won’t be doing it.

So I’ll be relying on a mix of old-style leaflets, garden boards and coverage in local media, plus videos and social media and here at the Sam4QE website. And of course, the most powerful recommendations come via word of mouth from trusted friends and neighbours, so I hope everyone who thinks that I’ve been an effective advocate for the area to date will be spreading the word in the weeks ahead.

As for the next few days, I’m really looking forward to two developments. Tomorrow I’m taking part in a Cambridge Festival panel debate called “What does levelling up mean for Cambridge and the wider region?” The reason I’m excited about this is because it gives me to reflect on what I’ve learned during the last year of community activism, emphasising the desperate circumstances of some residents in our city, and also how much we can do for ourselves and our neighbours if only we are given the right tools. Former Cambridge MP Dr Julian Huppert will be chairing the event. It’s free, so do watch if it sounds interesting.

The other exciting happening this week is that my second campaign leaflet should be coming through your letterbox. This is being delivered by a team of local supporters, who are involved because they believe a better outcome is possible for Queen Edith’s. I’ll talk more next week about why I focused on specific themes, but it’s all about the importance of being active, connected, responsive – and independent!

Finally, along with everyone else, I’m still waiting to find out who the traditional political parties are putting up as candidates in the ward. So far all I’ve seen from them are two or three very general leaflets. I do find it hard to reconcile the current silence with the inevitable flurry of party campaigning after nominations close on 8 April, because of course the campaign shouldn’t be the focus of activity; what matters is doing the work year-round.

Enjoy a couple of days’ sunshine and do say hello if you see me out and about!