My campaign has passed some more big milestones this week.

The first was that the City Council elections team sent out the first round of postal voting papers. Thanks to all of you who have already been in touch to say that you voted for me; it really is good to get that direct feedback!

The process is more complex than usual and for those of you who are still waiting for your postal ballot papers, the Council has issued some useful clarification on how to do it.

The second milestone has been to roll out my campaign garden boards. I’ve been able to achieve coverage across the whole ward, so huge thanks to everyone who has offered to host one. They are highly visible and distinctive so I’m optimistic that they will make a big impact, although I have to say I’ve never been particularly fond of that photo! 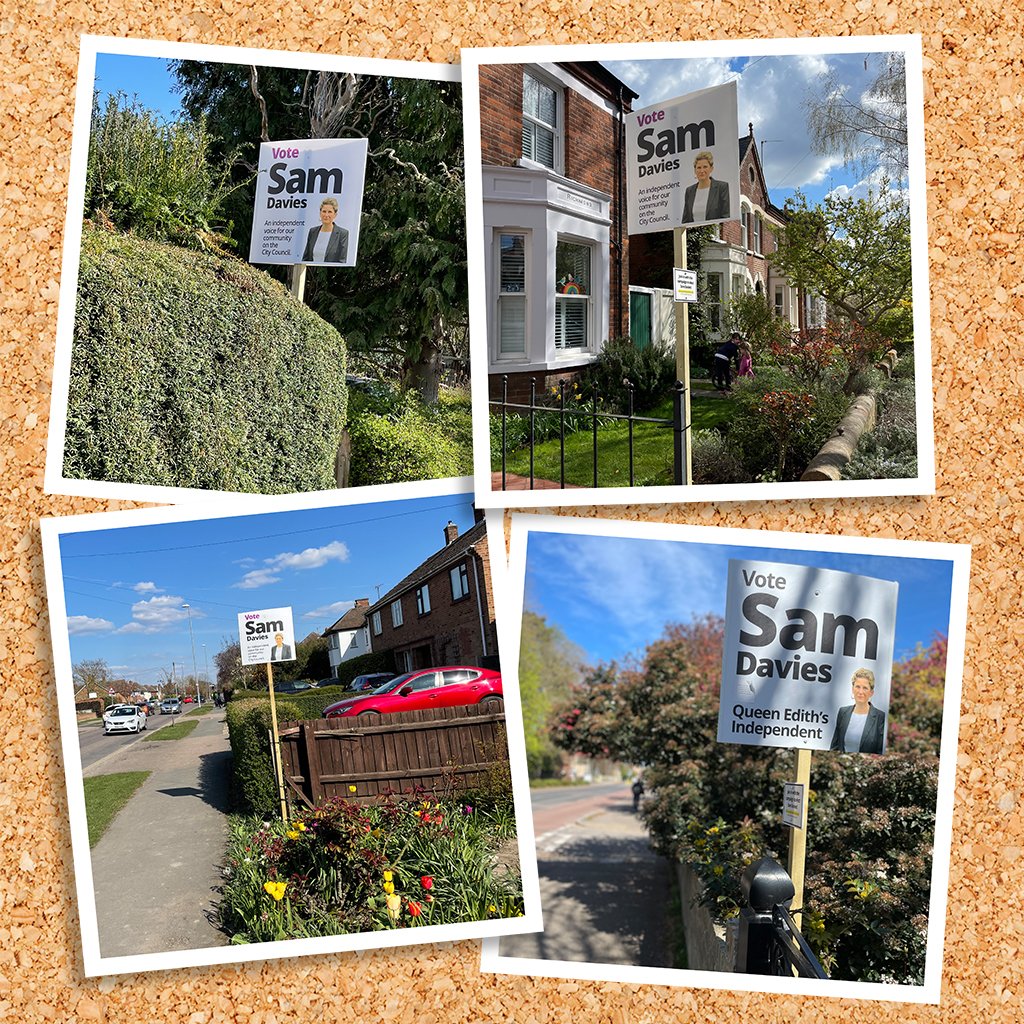 The third is my next campaign leaflet which should be coming through your letterbox about now. I’ve tried to take a really local focus in this one, identifying specific issues where residents clearly deserve better information and support with their priorities.

My three key themes of community, communication and co-ordination also underpin the topics I’ve featured on social media this week:

Your thoughts on these and any other issues are always welcome. So far they’ve come in via email, phone calls, Twitter, Facebook and WhatsApp, plus good old fashioned conversation on the street and at the café. It’s keeping me on my toes!

Finally, your weekly reminder that the Queen Edith’s Community Forum is hosting videos from candidates (more have been added this week). Also on the website, you can watch this month’s Community Forum talk , which featured Ben Hatton, Local Democracy Reporter for the Cambridge News and Cambridge Independent, in conversation with local political blogger Antony Carpen.

All 14 City Council candidates are profiled in the Queen Edith’s magazine being delivered this weekend.

Have a fantastic week.

…in which I go to Worts’ Causeway to discuss the ridiculous lack of connectivity agreed by the City Council for the new housing estates there, and how we need to do so much better.

…in which I go to Bowers Croft to explain how huge mistakes can be made in planning by lack of attention to detail and insufficient local knowledge, and how an independent Queen Edith’s councillor could help avoid this.

…in which I ask why it has taken five and a half years since the money was signed off for a new pavilion in Nightingale Park, and how we have to get better at using what little money we get to improve our community.