I know many of my blogs focus on systemic obstacles which impede our ability to move things in the right direction, so I thought I should change tack this week and look at some of the positive impact we can have as residents.

I was delighted to see the successful application for a closure order on a local flat where neighbours had been subject to an extended period of unacceptable behaviour. Collaboration among the nearby residents, working with the police and supported by me, has hopefully brought an end to this illegal activity, although it was far from straightforward. I commend the residents for having the courage and persistence to keep speaking up until it was resolved.

Keeping developers on their toes

Residents on the Ninewells development were shocked to see that contractors employed to cut the grass in the communal areas then just dumped the grass clippings on the cycleway and the public footpath on the boundary of the site, regardless of the inconvenience it caused to passers-by. Presumably this was because that was easier and cheaper than taking the clippings away and disposing of them properly.

Residents (and I) complained swiftly to Hill, the developers of Ninewells, who subsequently instructed the contractors to remove the mess and not do it again. Obviously this should never have needed saying in the first place but hopefully there will be no need for a repeat.

Also focussing on Ninewells, following the very disappointing findings of a tree survey conducted by residents, I raised a question at Council on Thursday about developers’ responsibilities in nurturing trees on new estates:

The Executive Councillor for Open Spaces, Alex Collis, explained the process which is in place, including invoking enforcement action to ensure that a healthy tree canopy is established. I am confident that the Ninewells residents will continue to monitor the situation and ensure that planning obligations are met in full. It is important that developers know that residents care about the promises which they have made and will hold them to account.

Also at Council, I asked officers and fellow councillors to step up their efforts to let residents know about the newly-launched consultation on the ‘Spatial Framework’ for the ‘OxCam Arc’ and to encourage them to make their views heard.

As I’ve highlighted in the past, the ‘Arc’ is the label given to central government’s ambition to massively increase economic activity in the broad swathe of land which runs from Oxford to Milton Keynes to Cambridge. This increase in economic activity will be accompanied by an increase in jobs and transport infrastructure, which will then inevitably lead to a requirement for more housing. There is as yet no defined target for this housing let alone allocated sites, but figures of over 1 million new houses have been previously mentioned.

As you can imagine, development on this scale has potentially huge implications for Cambridge. It is really important that residents know what’s proposed, understand its implications and are able to feed back their views in a meaningful way. On Thursday I got a commitment from Executive Councillor for Planning, Katie Thornburrow, that she would use the apparatus of the Council to inform and engage residents about the Arc and I look forward to seeing the results of that. In the meantime, you can find the consultation here. I will be interested to hear your thoughts!

We need to stay determined

I guess my overriding thought this week is that, although it’s disappointing and frustrating when individuals and organisations treat our neighbourhood in an inconsiderate or abusive way,  it’s comforting to know that residents do have the determination to tackle bad attitudes and shoddy outcomes. I’ve had far fewer reports this week of poor working practice from City Fibre, for example. I’m going to attribute that to the comprehensive dossier of evidence we’ve assembled and fed back to City Fibre management and the County Council officers signing off on their activities.

I’m not going to pretend everything in the garden is rosy by any means, but I am seeing resident voices making a positive impact on a number of fronts. Thank you for your efforts and let’s keep going! 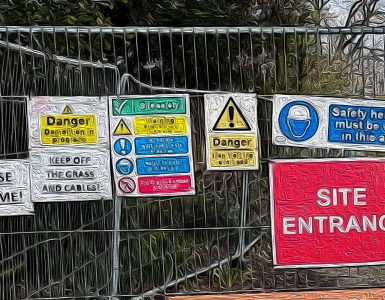