It’s growth which is unsustainable

I’m sure you’re all familiar with the saying “You can’t get a quart into a pint pot”. It’s a proverb which dates back to the nineteenth century. However, the discussion this week at the City Council’s Planning and Transport Scrutiny Committee of the proposed North East Cambridge development (‘NEC’) suggests that decision makers in Cambridge aren’t interested in such old-fashioned thinking.

The NEC development area will be the city’s largest urban fringe site to date: 182 hectares incorporating both residential and commercial elements. It will include facilities already built, such as the Science Park, Cambridge North Station and Cambridge Regional College, complemented by extensive new construction including on the site of Anglian Water’s sewage works.

The sewage works will be relocated to Honey Hill near Fen Ditton, a move which has provoked considerable opposition because of loss of Green Belt land, impact on local residents, and the carbon footprint of demolishing and rebuilding a facility which has been upgraded relatively recently and should have another 30 years of operation in its current location.

As a brownfield site on the edge of the city, NEC has been advanced for years to be the most ‘sustainable’ location to accommodate the additional housing and jobs which are desired by pro-growth voices in Cambridge and beyond. The scale is extraordinary. It is slated to host 8,400 dwellings (mostly flats), to house an estimated 16,000 residents, and to provide employment space for 15,000 workers.

To put it in context, that’s very nearly the combined populations of Queen Edith’s and Cherry Hinton wards compressed into one third of their combined built-up areas, hemmed in by the A14, Milton Road and the railway: 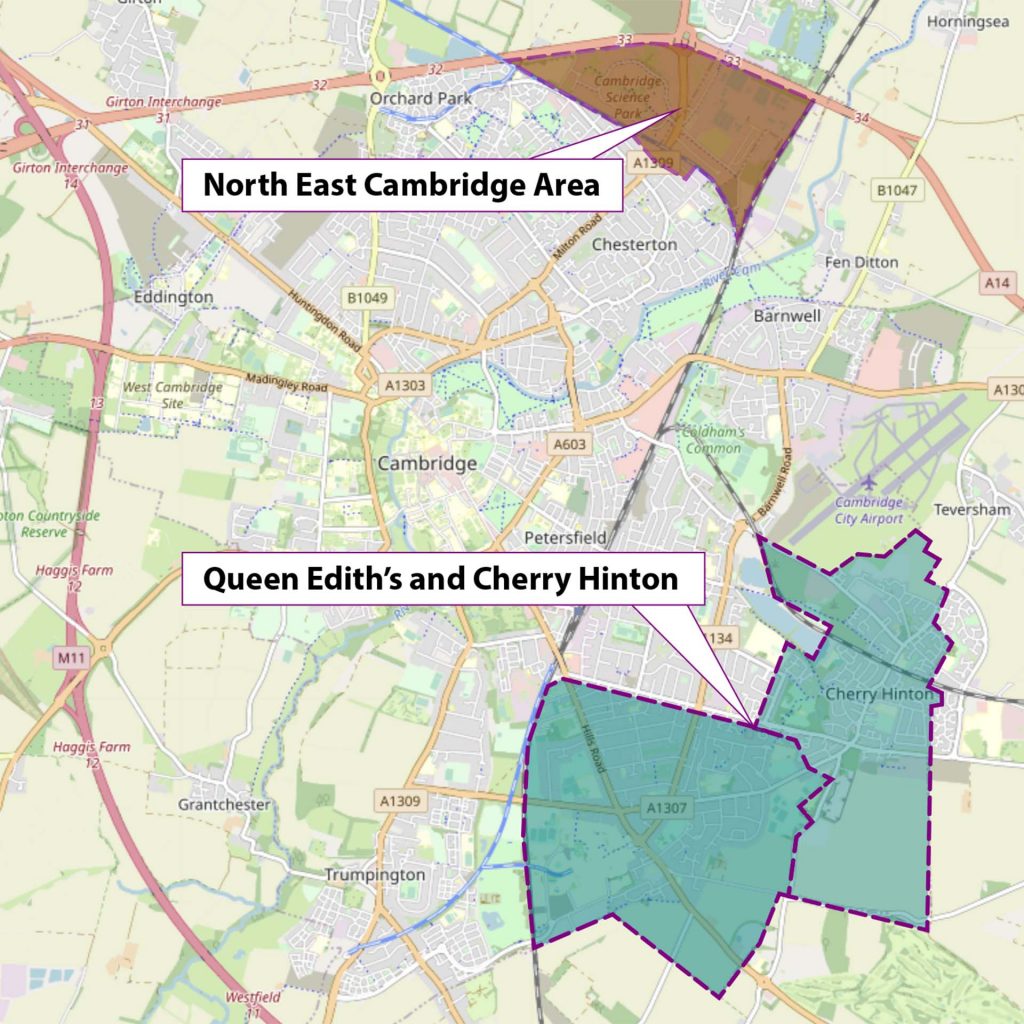 This will be an experiment in large-scale high-density building the like of which we have not seen before. There will be more than twice the housing stock of the largest urban fringe sites so far, in Trumpington or Eddington, built at what (in Cambridge terms) is very high density. Even its lowest density areas will be comparable to the average density of build last year in the city as a whole (70 dwellings per hectare); and the average density will be around 100 dph. Areas at the centre will be between 200 and 300 dph, achieved by building blocks up to 10 storeys high.

Five strategic objectives have been identified for NEC:

These are worthy aspirations but the reality is likely to be far removed from this. The pro-development lobby may trumpet that this is the most ‘sustainable’ location to accommodate the desired growth, but what will it take for there to be any acknowledgement that it’s growth per se which is unsustainable in terms of carbon impacts, water availability and quality of life?

I asked the committee members to consider whether they would like to live in a development so poorly provided for in terms of green space, sports facilities and other community spaces.

To give you one example, 14 hectares of the total 36 hectares of open space specified for the site are actually accounted for by land within the boundary of Cambridge Science Park! Are NEC residents really going to want to cross Milton Road and take their children for a Sunday afternoon stroll to see the NAPP building?

A more attractive alternative might be Milton Country Park – but this is already at capacity. How on earth is it going to function as the main recreational site for an additional 16,000 people?

NEC was originally supposed to supplement the deficiencies in leisure and community amenities in the surrounding wards. However, under the plans approved on Tuesday, NEC will contribute nothing worthwhile to its neighbouring communities, and its residents will be forced to travel out of the area to access anything other than very narrowly defined ‘day to day needs’.

As I see it, there are two reasons for this.

The first is the pressure to minimise ‘economically unproductive’ use of space – after all, every square metre given over to green space or a children’s playground removes a square metre of space which can be built on and sold/rented.

The second is an undesirable consequence of the ‘trip budget’ framework, which requires that there must be no increase on traffic on Milton Road attributable to the introduction of 16,000 NEC residents and 15,000 people working on site. Hence NEC must not contain any facilities which might cause it to become a ‘destination location’, regardless of the impact on quality of life.

I asked Committee members to think about lessons we have learned from other development schemes.

No room for improvement

Sadly, the bureaucratic process which is driving NEC forward did not allow for any revisiting of any detail of the proposals. The Lib Dem committee members, Cllrs Bick and Porrer, proposed an amendment which would defer approval until more consideration could be given to the green space proposals. But officers advised councillors we either had to vote for or against the entire package of NEC proposals on the table; there was no mechanism for sub-dividing it into elements we were happy to approve and elements we wanted reworked.

I voted in support of the amendment, but that was lost to a unanimous vote from the Labour councillors.

And so the NEC bandwagon rolls on, and points the depressing direction for future development across the city.

You can read more comment in this excellent report by Alex Spencer in the Cambridge Independent. 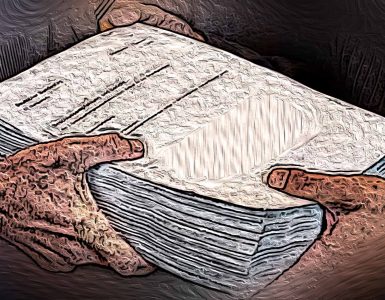