Not within our gift

I sometimes get asked what sort of issues do I get involved with, as your City Councillor? My answer is always that they are far more numerous and more diverse than most people would guess.

And yet, in many cases city councillors have very little say over things where residents expect us to have direct influence. This can be due to the structures of governance in this city, the inadequate funding of local government, or regrettably sometimes just failures in the system.

As an illustration, here are just some of the things I’ve worked on in the last week …

The week kicked off by meeting representatives from Voi, the e-scooter and bike rental company running a trial in Cambridge. This trial has now been extended for another 18 months, to May 2024. The meeting was in response to my frequent feedback about inconsiderately parked scooters and bikes, and my questions about why the Cambridge trial has not used either the racks or painted parking bays deployed in other trial cities.

I flagged up to the Voi staff several locations in our area where there are repeated problems, causing inconvenience or worse to residents. Two themes emerged during the discussion.

The first is that, yet again, our convoluted multi-layered local government is obstructing progress. The Voi trial is overseen by the Combined Authority, but it’s the County Council, as ‘highways authority’, which would need to give permission for parking bays of the kind I’m requesting. And in the city centre, there’s a further complication because the City Council, as ‘planning authority’, has to give its blessing. This ensures that any parking infrastructure is compatible with Conservation Area status.

None of this aids streamlined decision-making.

The second theme relates to the problem of getting various local ‘anchor institutions‘ to engage constructively with achieving outcomes that would be beneficial for residents and visitors, as well as to Voi in this instance. I’m not going to name them here, as I only heard one side of the story. However, what I was told was consistent with attitudes I’ve observed previously about territorial attitudes and preservation of privilege regardless of the wider cost.

Later in the week I took part in a Development Control Forum, a formal mechanism within the planning regime to consider what compromises can be made to make controversial planning applications more palatable. The application in question was 22/03076/FUL “Construction of a single storey extension at roof level comprising 3 no. self-contained residential flats (Use Class C3)” at Edeva Court, the block of flats behind the Queen Edith pub on Wulfstan Way.

This is an application of a kind which I don’t believe we’ve seen in Cambridge before, where the application (made by the freeholder) is literally to ‘go over the heads’ of the leaseholders and build an additional storey on top of the building, with all the disruption and impact on the quality of life of existing residents which will go alongside that, both during construction and afterwards.

And it’s worth bearing in mind that Edeva Court is a bespoke-designed scheme, less than a decade old, which optimised development of the site (the building itself, car and cycle parking, bin store, and outside space) at that time.

The leaseholders object strongly to this application, and they have my 100% support. What was sobering was to see and hear how the planning system is de facto weighted against them. The applicant has a strong financial incentive to gain permission and views the cost of retaining consultants to make its case as an investment; but the leaseholders have to pay for advice to try to defend their position with with no financial upside even if they are successful. The applicant is able to pay for ‘pre-app’ advice from planning officers; but the leaseholders are not.

If the application is eventually refused by Planning Committee, the applicant can choose to appeal; but if it is approved, the leaseholders have no right of appeal.

There’s a further element which I also find deeply concerning. The leaseholders at Edeva Court have come together in a very cohesive and effective way, retaining an excellent planning lawyer and benefitting from an extremely proactive managing agent, who has researched the topic thoroughly on their behalf. But what will happen to other residents faced with similar applications in future, who don’t have the same ability to organise and fund their objection?

It seems to me that there’s a fundamental issue of social justice here and I will continue to support Edeva Court residents as the application moves on to its next stage.

An economy not feeding the community

I was delighted to help out at the free ‘Pumpkin Picnic’ run by St James’s church for local families this week. It was extremely well-attended, and everyone seemed to have a great time. However, conversations with several parents really emphasised how mounting financial pressures now exclude them from activities that others would regard as pretty standard Cambridge half-term pursuits: trips to the pool, Clip ‘n Climb, the ice rink, the Botanic Gardens, or a National Trust site. They are conscious of – and understandly upset by – the thought of their children missing out on these experiences.

Set this alongside the financial pressures on councils, and you can see a perfect storm brewing. There’s a report today saying that several councils have withdrawn the holiday food voucher payments for families on free school meals because government support has itself been withdrawn. Cambs County Council is still offering that support for now, but with a nearly £30 million budget hole to manage, it may well be under consideration, leaving families poorer each holiday.

Meanwhile, because the City Council is now charging Cambridge Sustainable Food rent for its base on Barnwell Road, that organisation has said it will have to charge the churches and community groups for food it provides for the next round of holiday lunch clubs.

Will those groups be able to take on that cost? Will they ask volunteers to step up and prepare the food themselves? Or will they have to withdraw the events altogether, which will lead to more disappointed and disadvantaged families? Once again, I’d emphasise that we are asking these questions in the context of a booming local economy. So why is that not feeding through at a grassroots level?

The future for our Ukrainian guests

There are so many items to deal with each day, a lot of which are just as significant as the ones I’ve highlighted so far.

I’ve been helping several local hosts and guests who arrived under the Homes for Ukraine scheme to work out what alternative arrangements can be put in place when their six-month hosting placements come to an end. The City Council has put significant resources in place to try to help manage this transition, but it remains the case that it will not be easy in Cambridge, because of the exceptionally high cost of, and high competition for, both social and private rented accommodation.

I’m acutely concerned about how this is going to work out for guests, who may end up in emergency accommodation. But I am also very aware that the hosts will end up feeling conflicted and like they’ve failed in their responsibilities, a sad reward for their generous support over many months, which in most cases has gone way beyond the simple offer of accommodation.

I’ve had several reports of antisocial behaviour in the small playground between Gunhild Way and Godwin Way, and am trying to collect and collate these to build a more complete picture, which council officers and the police can act on.

I’ve been told that people are disheartened about reporting because nothing seems to happen; all I can say is that not reporting will ensure that problems continue because rationed resources are allocated on the basis of perceived priority. So please do continue to flag problems, even if you are frustrated with a lack of response to date.

Which leads me on, rather neatly, to my final issue, Nightingale Pavilion. I’ve been pressing officers – yet again – for an update on the promised new Pavilion. Residents tell me they find the lack of progress both inexplicable and unacceptable, and one correspondent at least has run out of both hope and patience: “If the council aren’t going to build a new one, after all their promises, then isn’t it time to tidy it up, put it back to grass, and move on?”

Provision of the new pavilion is a planning obligation – bluntly, a deal is struck when a new development is signed off. So if the accompanying investment “to mitigate the impact of development” is not delivered, then it’s a failure of a moral obligation to residents, and we are seeing far too many of them to just allow this one to slide any further.

To wrap up, I’ve said before that I think there’s still a widespread folk memory of a time when councils had the powers and resources to tackle a load of problems which are now regrettably out of scope. Councillors are many people’s go-to source of action and advice when they encounter a problem, but sadly in the current climate it’s simply not within our gift to achieve much of what residents think we should. That’s why I keep calling for brutal honesty in communications with residents about the true scale of the funding challenge which the City Council faces, because expectation management and understanding of the context will be critical if we are to stand any chance of developing the shared approaches necessary for getting through this next period.

I hope the examples here help explain why our local government structures are completely inappropriate for any holistic consideration of how the city works as a system – problems which are only compounded by the dire funding situation. 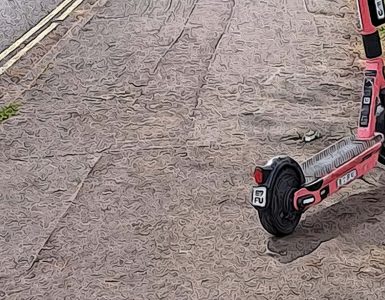 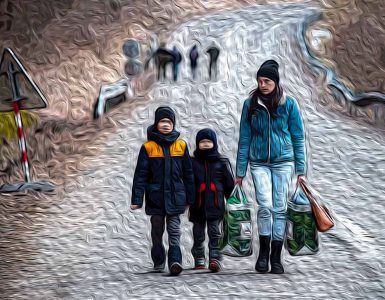 Doing our best for Ukrainians

I know many of you have volunteered to accommodate Ukrainians through the government Homes for Ukraine Scheme, and some of you have been in contact this week expressing frustration at how slowly the system is moving. I... 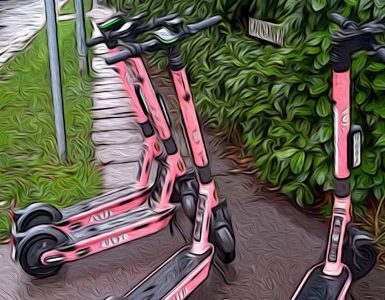 Scooters …and giving the system a shove

I receive a lot of correspondence about planning issues, and asked a question at the city council meeting this week about enforcement and the monitoring of potential breaches of planning permission. We need to have...