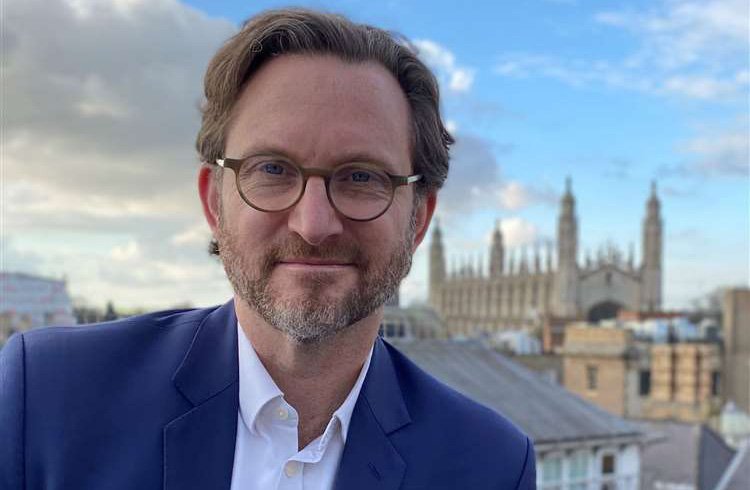 On Thursday I had the pleasure of accompanying Robert Pollock (above), the new(ish) Chief Executive of the City Council, on a walking tour of Queen Edith’s. I’m not going to attempt to speak for him, or suggest what conclusions he may have reached, but it’s probably helpful to let you know what we discussed. Many themes will be familiar to regular readers!

We started outside the shops on Wulfstan Way which provided a chance to think about the opportunities which could be capitalised upon by valuing and investing in the city’s local centres. I contrasted this with the current focus on the city centre at the expense of outer neighbourhoods, and also pointed out how what might seem at first sight like a relatively insignificant application for a 5G mast and associated equipment at Wulfstan Way would actually change the character of the place.

We then walked up Nightingale Avenue and I explained the history of Nightingale Garden and also the frustrations about the non-delivery of the pavilion in the park. We discussed how it important it is that promises about infrastructure designed to mitigate the impacts of new development are actually met, and within a reasonable timeframe.

[As an aside, I met the officers working on the plans for the replacement pavilion a couple of weeks ago, together with Cllr Lee. Officers are making changes to the proposals to improve the building’s eco credentials and these are inevitably slowing down progress. At this point, I doubt whether the building will be in place by the end of 2021, which is incredibly disappointing. I will provide a further update on this when I have more details from officers.]

Next we crossed over into Red Cross Lane, where we bumped into one of the indefatigable members of the RedCross Areas Residents Association. She was able to provide a very detailed account of the specific impacts of the growth of the Biomedical Campus on her neighbourhood, which provided plenty of food for thought.

From there we entered Ninewells, which prompted a further discussion of how important accessible shared spaces are for building communities, particularly in a city where 20% of the population moves on every year. There are plenty of lessons to be learned from Ninewells about how much harder it is to create happy new neighbourhoods when that provision is not available, and massive credit is due to residents there for working so persistently to overcome this barrier.

As we walked through the Campus to the site of Cambridge South station along the route of the CSET busway, we talked about the need for an integrated approach to transport planning. I explained my concerns about how Cambridge South will bring considerably more traffic through our streets. We acknowledged the difficulty caused by the City Council being the junior partner in many of the transport-related decisions that have such impact on our quality of life.

We then wound our way up to the northern end of Queen Edith’s, past the site of 291 Hills Road (cue discussion of how to retain local character and stop abuses of the planning system) and Joy’s Garden, where we met one of the neighbours who does such a fantastic job of keeping an eye on the site. It was really valuable to hear about what the Garden means to her and what she thinks it’s contributed to local life over the last year.

And then we headed back to Wulfstan Way. It was a real privilege to have had Robert’s ear for a couple of hours, show him some of the highs – and lows – of our neighbourhood and introduce him to some of the people who are making a real contribution to a better life for all of us.

A recurrent theme was how the accelerating pace of development is introducing many problems to Cambridge which one might more typically associate with a much bigger city. My first question is: are we actually willing to admit that these problems exist, given that the consequence of that admission is to undermine the narrative upheld by so many vested interests that Cambridge is an idyllic and oh-so-civilised town, ‘the best small city in the world’?

And secondly, do we have the right structures and resources in place to deal with the problems? We talked a lot about the separation between the voices lobbying for aggressive growth, national government’s own ambitions for the area, and the local institutions left to deal with the consequences of that growth. I wish Robert well in his new role and have no illusions about the scale of the challenge he is facing. 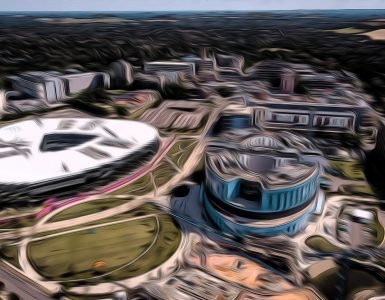