Roadworks like this are simply not OK (Your Councillor, week 6)

A few things to talk about this week, mainly updates on issues we’ve discussed previously, including developments in two of the big new transport projects under consideration, news of roadworks that are simply not OK, and the first local council area meeting where I’ll be on the other side of the table.

You may recall that last week’s post focused on the problems with the Greater Cambridge Partnership’s ‘Cambridge South East Transport’ project (a Park & Ride site at Babraham and a busway across the Green Belt to the Biomedical Campus). It expressed frustrations which are shared by parish councils, environmental groups and campaigners for better public transport across the area.

As a result, Anthony Browne, our MP in South Cambridgeshire, convened a call this week which included representatives from all these groups, as well as Dr Nik Johnson, the newly-elected Labour Mayor for the Cambridgeshire & Peterborough Combined Authority. It was encouraging to see practical cross-party working in action, with senior politicians taking the time to listen and learn from local perspectives and I’m optimistic that it will lead to a collective call for reconsideration.

In the meantime, Smarter Cambridge Transport has launched a petition asking the GCP to redirect its efforts towards supporting walking, cycling and public transport, and away from subsidising private car use (which is what the P&R + busway model does, to the tune of up to £180,000 per new bus user!). You can read its explanation and sign the petition here.

I emphasised in my post a few weeks back the need for joined-up thinking and communications around the non-stop major roadworks in our area. In conjunction with other councillors, I have also spoken about the importance of getting this right to the County Council’s Street Works team who allocate road space and are responsible for the co-ordination of infrastructure projects.

I was therefore very disappointed to hear from residents in the Wort’s Causeway area on Friday that Cadent (the gas network company) had sent them a totally inadequate communication about planned roadworks this summer on Babraham Road and Hills Road. At one point this will necessitate the closure of the Wort’s Causeway/Hills Road junction to vehicles for three weeks, with a likely start date in late August.

It is simply not OK to blithely announce changes that will impact on residents’ ability to move around their neighourhood and to be reached by essential services such as daily carers, and then require the residents to go away and do the research as to what is actually happening, assuming that they have the skills and equipment to access to the internet. County Councillor Alex Beckett and I are following up on this.

I was also notified on Friday that City Fibre will be starting their broadband network roll-out in Queen’s Ediths soon. Their reputation precedes them from other areas in the city and I will be paying close attention to their activities here to ensure that the disruption to residents is kept to the absolute minimum.

I have been flagging the implications of the proposed Cambridge South station for Queen Edith’s for several years (such as here, for example). I have consistently argued that there is a lack of clarity about the need which this facility is intended to meet, with Network Rail’s statements at odds with the assumptions of the Biomedical Campus’s 2019 Transport Needs Review.

Is it simply a means of getting staff and visitors on and off the Biomedical Campus? Or is it intended to act as a full outbound station for a wide swathe of south east Cambridgeshire, with all the consequent questions around how people access it without bringing Queen Edith’s to total gridlock?

Network Rail has this week progressed to the next stage of project approval, which is submitting their Transport and Works Act Order application. A preliminary scan suggests that none of the problems I’ve identified to date have been dealt with; I will be setting some time aside in the next week to review the hundreds of pages of material associated with the application in detail. If anyone would like to get involved with that project, please let me know. The closing date for the accompanying public consultation is 2nd August.

Tomorrow evening sees the first council South Area Committee meeting with the new team of Queen Edith’s, Trumpington and Cherry Hinton councillors. Unlike all other council meetings, area committees will continue to run in an online-only format for the remainder of 2021, so you can join in the proceedings from the comfort of your own sofa. The agenda and joining instructions are available here.

I’m looking forward to participating for the first time as your councillor, rather than being on the other side of the (virtual) table asking questions from the floor. Tomorrow’s agenda doesn’t look thrilling, but I would encourage you to take advantage of the open public forum to ask questions about any subject.

I’d also like to hear what you would consider to be useful and relevant topics to cover at future meetings. The constraint is that is has to fall within the geography of the South Area wards, so we are not allowed to discuss, for example, the city centre and the market; but we can invite speakers from external bodies to present and answer questions. 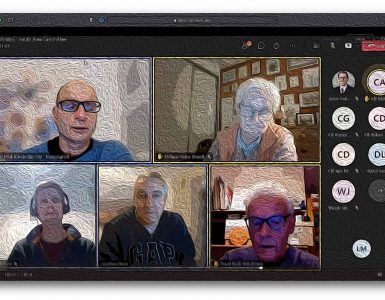