Since my last update, we have seen an unprecedented shift in the leadership of our country. We have gained both a new Prime Minister and a new monarch in just a couple of days, ushering in what seems likely to be a period of huge change.

Yet locally, things feel more stuck than ever.

The Greater Cambridge Partnership’s City Access proposals (see here, p.30, item 6) have finally been released. They recommend an expanded and heavily-subsidised regional bus network, funded by the introduction of a daily £5 charge on vehicle movement into, out of or within the city boundary (the ‘Sustainable Travel Zone’). The proposals have generated a predictably polarised response, copious evidence of which has spilled over onto social media platforms and the letters pages of local newspapers.

While supporters point to the improvements in transport efficiency and public health which could be achieved, many observers have been taken aback by the way the scheme has been designed to maximise revenue capture (in order to support the cost of the proposed bus network) as opposed to tackling the specific problems of congestion or pollution. Nearly 14,000 people have so far signed a petition citing a wide range of concerns, including both potential social/financial inequalities and the scheme’s practical operation.

There is a defined process for how this will be taken forward. Having been presented to the GCP Joint Assembly on Thursday, the proposals will now be considered by the GCP Executive Board on 28 September. If they are approved, the GCP will launch another round of consultation on the scheme, during which members of the public will be invited to have their say. This will presumably cover key points such as the charge levied, the scheme boundaries, operating hours, eligibility for discounts, etc. The final scheme will then have to be signed off by the County Council, in its capacity as Highways Authority. This means there is still plenty of scope for debate around the substance of the proposal.

Several commentators have criticised the messaging and ‘framing’ by which it has been presented to the public. They note that, by allowing the £5 charge to be the main story, rather than the improved bus service (see for example the headline and emphasis in this article in the Cambridge Independent) the GCP has gifted momentum to any opponents of the scheme.

But that’s not what I want to get into here. What I still want to see is a discussion of the relationship between the need for this transport intervention and two decades of pro-growth planning decisions.

The GCP’s stated goal is a 10–15% reduction in traffic from 2011 levels.  However, as we know from the first release of the 2021 Census data earlier in the summer, the populations of the city and South Cambridgeshire have increased far more steeply than anticipated in the last decade, rising by 20,000 and 14,000 respectively. The upshot of this is that the population assumption to which the GCP had been working – a 338,000 population in ‘Greater Cambridge’ by 2031 – will be significantly exceeded, and the difficulty in achieving that target reduction in private vehicle journeys will rise accordingly.

The GCP originally described a threefold approach to minimising emissions (in order of magnitude/priority):

Yet at a recent GCP briefing for councillors, when I asked what was being done to address the first objective (for example, promoting liveable neighbourhoods), I was told it had been dropped. It was deemed no longer achievable because of the scale of population growth and inward commuting to employment sites.

Let’s take one extremely important local example of how this then plays out.

In the same set of GCP Assembly papers containing the City Access proposals, you can also find a tucked-away update to its weighty Biomedical Campus Transport Needs Review published in 2019. This update now predicts “that even with delivery of the planned major interventions; Cambridge South Station, Cambridge South-East Transport scheme and Cambridge South West Travel Hub, an overall deficit in transport provision of around 4,600 trips in 2031 when compared to the highway trip reduction target.”

You may recall that the usage assumptions for Cambridge South and the CSET busway in the 2019 Review were all set higher than industry standards. Yet we are now told that – even with those inflated assumptions – growth at CBC will outstrip the capacity of all the expensive infrastructure which was supposedly going to ensure its expansion was ‘sustainable’.

And remember, that’s just the growth already approved in the period to 2031. It doesn’t begin to account for the next round of expansion which CBC is advocating should be included in the next Local Plan!

This just doesn’t add up.

Cambridge is touted globally as an economic goldmine. The Biomedical Campus alone estimates that it contributes £2.2billion Gross Value Added a year to the UK economy. Yet we expect local people to accept being told that the negative externalities of this economic growth can only be remedied by levying a charge on driving within the city boundary? A blanket charge levied on both winners and losers from that growth?

I would suggest that forthcoming debate about the City Access proposal is really just a specific and limited proxy for a much wider, urgent and fundamental conversation about the future of our city: whose voices are heard, whose interests are represented, where the wealth generated here flows, and what alternative might exist to the business-as-usual model currently on the table. The debate about City Access scheme operating hours, exemptions, boundaries etc is necessary and will be intense. But let’s not get distracted from what lies behind. 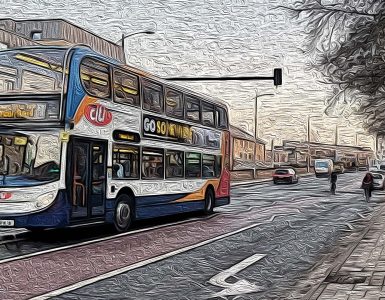 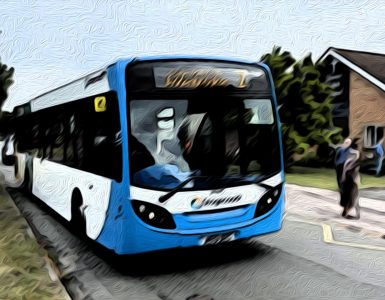