The cumulative impact of opportunistic building

When a business applies for a licence to serve or sell alcohol, or offer regulated entertainment, or to amend existing licensing conditions, all councillors get notified. Particular attention is paid to any applications for premises in what is known as a ‘Cumulative Impact Area’, of which Cambridge currently has five:

The concept of a ‘Cumulative Impact’ assessment acknowledges, as the name suggests, the potential impact of a significant number of licensed premises concentrated in one area. This refers to the impact on the statutory licensing objectives of promotion of public safety; prevention of crime/disorder and public nuisance; and the protection of children from harm.

If reasonable objections are raised to an application within a Cumulative Impact Area, then the case is heard at a meeting of the City Council’s Licensing Sub-Committee. Here the onus is on the applicant to demonstrate that there will be no negative impact on the licensing objectives and no increase in the cumulative impact.

Could this idea be put to another use?

To the best of my knowledge, there is no possibility of applying a similar cumulative impact assessment process within the planning system. On the contrary, each application must be looked at in isolation.

This is how we ended up with the situation a couple of years ago, when the applications for 291 Hills Road, 3/5 Queen Edith’s Way and 11 Queen Edith’s Way were all going through the planning system at the same time. Three properties were to be replaced by a total of 14 flats, 6 houses and 53 serviced apartments, all within 100m of each other. However, there was no mechanism for capturing the cumulative impact on the neighbourhood.

In fact, the opposite applies – open any planning application where such a conversion is proposed, and you’ll typically see it explicitly cite previous local conversions as justification for why this current proposal should also be allowed to pass!

In recent years, some areas of Queen Edith’s have been riddled with applications along these lines. The new draft Local Plan that I highlighted last week says that it aims to guide development density, seeking opportunities for higher densities in accessible areas but also ensuring that local character is considered.

Areas like the south of Queen Edith’s are known to have high numbers of ‘windfall’ sites: opportunistic conversions, rather than the big planned developments specified in the Local Plan. Perhaps we could define these areas as Cumulative Impact Areas and require developers to demonstrate that there will be no negative impact on local character and no increase in the cumulative impact.

This is just an idea. But if cumulative impact is a critical underpinning of the licensing regime, why can’t something similar apply to windfall sites in planning?

The first step would be to map and quantify the issue – how many of these sites have received planning approval in Queen Edith’s in, say, the last ten years? If you’d be interested in helping set up such a project, please get in touch. 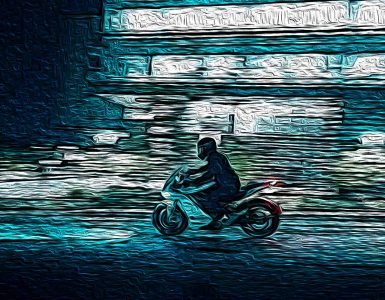