Where is our pavilion?

I’ve had a spate of emails recently about the continued lack of visible progress towards delivering the new pavilion at Nightingale Park. As today marks the seventh anniversary of the signing-off of the second and final tranche of funding at South Area Committee on 14 December 2015, I thought I would briefly describe what I know about where we are.

The project is funded by two sources:

The proposed plans therefore combined changing rooms and showers, a community room and a kitchen, and externally accessible public toilets. This would be a valuable new asset for residents in the south of Queen Edith’s, an area which the City Council recognises has a shortfall in community facilities.

With the funding in place, it’s therefore been beyond exasperating that the project has had so much delay.

Some of this has been related to the massive disruption to ‘business as usual’ which the Council had to make during the pandemic, and the change in focus of the relevant officers. There have also been practical problems, such as the discovery of asbestos in the concrete plinth which the old building sat on, and an increased focus on environmental standards and energy efficiency, which prompted design revisions.

However, even taking all these factors into consideration, it still seems fundamentally unreasonable that a facility designed to ‘mitigate the impact of development’ in an area of acknowledged deficit, has still not been delivered several years after the developers moved offsite and the last residents moved in.

The exasperation is compounded by the fact that information has been so difficult to come by, even for me as a councillor – something I have found hard to understand.

I have finally been informed – today! – that there is a production slot to commence the build in January. The pavilion will be a modular build, largely constructed offsite and then shipped in, so getting a start time allocated in the factory is a key milestone.

The council team has placed a holding purchase order to secure the slot and to also lock in the steel prices for the construction. The factory will then confirm the actual date when it will go into production.

After all this time, we can be forgiven for not quite believing it until we see it. However, just maybe we will see the pavilion in 2023. I will continue to keep you updated. 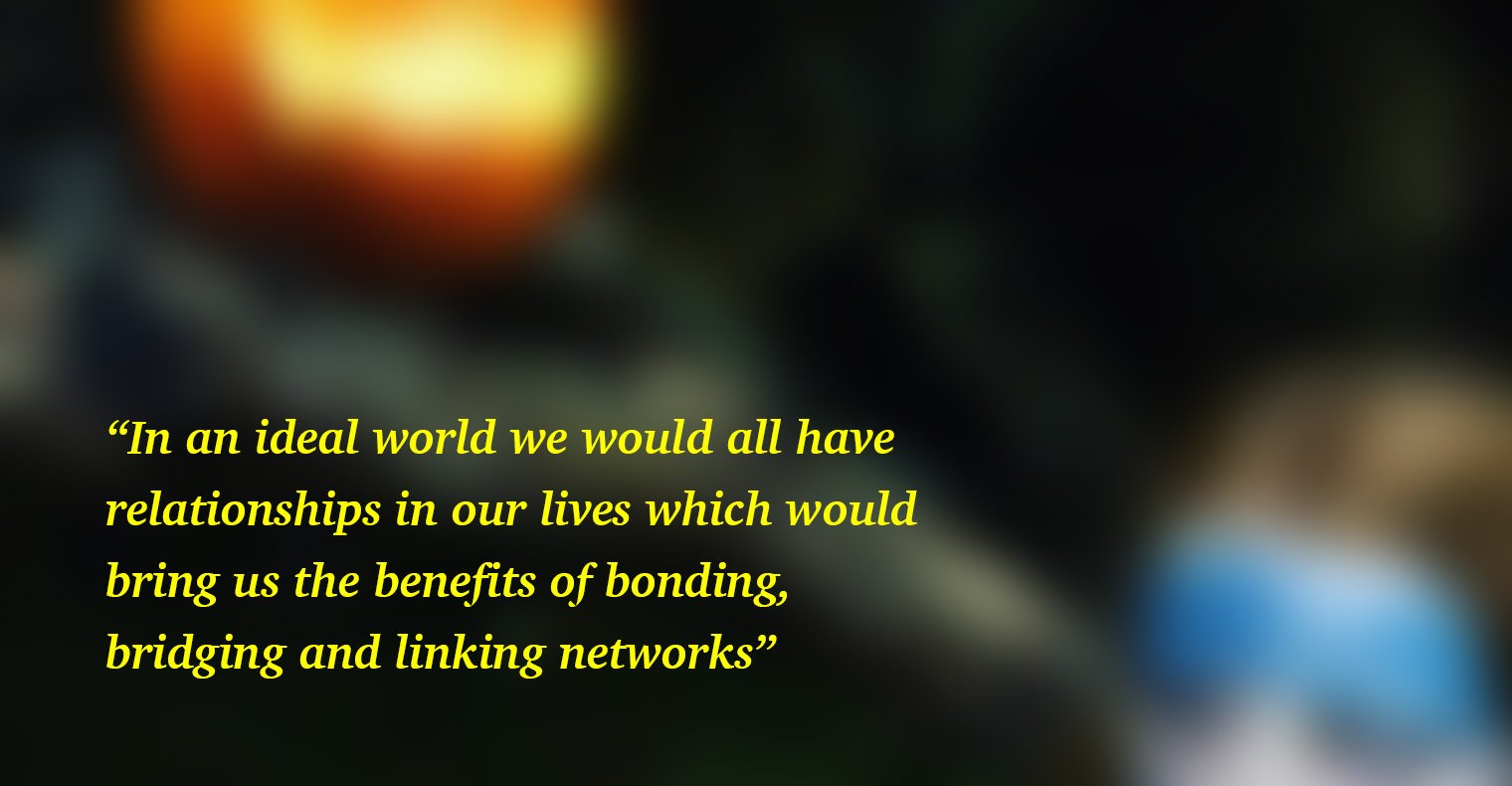 In an ideal world we would all have relationships in our lives which would bring us the benefits of bonding, bridging and linking networks - but sometimes bringing people together requires a bit of help.